Arnie Lives on at Bayhill – A Photo Journal

Windermere, Florida – Hard to fathom that 2022 marks the sixth edition of the Arnold Palmer Invitational since his passing. Bayhill Club & Lodge, the Dick Wilson course and club that was founded in 1961, is the place Arnold Palmer decided to make his home after visiting for the first time in 1965. In 1976, Palmer finalized the acquisition to make the club his own, and the rest is history.

Mr.Palmer passed in September of 2016, and since then many changes to the corporate workings of his company have taken place. Mainly with the people who guided AP with his business empire (Cori Britt, Alastair Johnson, Roy Schindele, Doc Giffin, etc), but under the guidance of Mr.Palmer’s family (Amy and Roy Saunders, as well as Arnie’s grandson Sam) and newly appointed VP of Corporate Development Joie Chitwood, the Arnold Palmer Invitational has not only managed to survive but the legacy has been tended to nicely and continues to thrive.

AP’s spirit lives on here in the quaint neighborhood that surrounds the club, it’s almost as if time has stood still here. Before we move on to tracking birdies and bogeys, here are a few scenes that capture the vibe from early in the week at the King’s house . . .

Inside the clubhouse and grill room, memories of “A Life Well Played” adorn every wall.

Greenside at the par 4 eighth – Superintendent Chris Flynn and his staff have the place dialed up as Arnie always envisioned, fast and firm Bermuda fairways and greens give way to thick lush overseed rye that challenges any and every mishit or miscalculation . . .

The famous finisher, where on Sunday you can expect that hole location to slide about 70 feet right of where it is pictured here early in the week.

A few years back the media center was dedicated to longtime Special Assistant to Mr.Palmer – Doc Giffin

Players gather to tune up on the practice green at Bayhill.

Is there any gear as cool as Arnie gear? Saw this t-shirt in the Bayhill pro shop and had to have it.

March winds in Florida are a constant challenge.

The place Arnie could always be found practicing when he was home, was the far right side of the range.

The Red Cardigan is a fitting award to the winner of the AP Invitational, a nod to the King and his style. . .

Not having Shane Lowry on the list is an epic fail.

You are likely unaware (unless you’re @BunkiePerkins I don’t know why you would be) but Southern Hills has a water slide. This is my list of players I’d like to see go down it in order of preference:
7. Rick
6. Fleetwood
5. Pat Perez
4. Tiger
3. John Daly
2. Phil
1. Harry Higgs

When in Augusta, we highly recommend @BollWeevilCafe - a cameo with the talented @ScottMichaux on the wall... 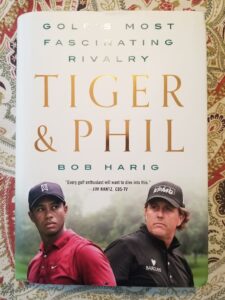 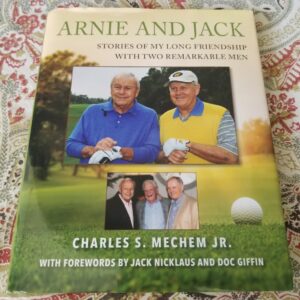