Carlsbad, Calif. (September 8, 2022) – The Open in July marked the third consecutive major
championship in 2022 won by players trusting Titleist drivers for their success – and the first
with the new TSR model. The TSR is the next generation of the Titleist Speed Project that
began more than six years ago with the TS series and was followed by the popular TSi models.
Available in golf shops worldwide beginning September 23 – with global fittings beginning
today – the new TSR drivers are designed to bring more speed and distance to every golfer.

“Titleist TSR represents the deepest, most complete, and most validated understanding of the
tee shot ever held within our walls,” said Stephanie Luttrell, Director, Metalwood Development,
Titleist. “Every aspect of impact has been considered, constructed and optimized in service of
our singular desire to produce more playable distance from every swing. New TSR drivers take
everything that made TSi the most played driver on the PGA Tour and pack even more
performance into every head. From new face technologies to CG improvements and
aerodynamic refinements, TSR helps the golfer unlock more speed.”

Each of the three models – the TSR2, TSR3 and TSR4 – provide distinct performance options
for a variety of players. The TSR2 is a “max” performance driver offering the perfect combination
of speed and stability, while the TSR3 provides speed and distance through precision tuning
technologies such as SureFit Adjustable CG Track weighting. The TSR4’s adjustable weighting
system allows for more control than ever over spin conditions.

“With improved aerodynamics and player-preferred shaping, cutting-edge face construction
technology, and refined adjustability, each TSR – based on our extensive player and robot
testing – is faster in the air, longer off the tee, and straighter down the fairway than our previous
generation drivers,” said Josh Talge, Vice President, Titleist Golf Club Marketing. “Going from
TS to TSi was a major leap in performance. This step from TSi to TSR is even bigger.”
Titleist Speed-inspired drivers have been the choice of more players and more champions on
the PGA TOUR for four years running. The new TSR models made their debut at the Travelers
Championship in June, where 18 players switched the first week it was available for competition.
There were a combined 21 TSR models in play at The Open, where Cameron Smith edged
Cameron Young by one shot, giving the Titleist TSR3 a 1-2 finish at the year’s final major.

TECHNOLOGY OVERVIEW
Advanced Aerodynamics: Since the inception of the Titleist Speed Project, Titleist engineers
have continued to put greater emphasis on aerodynamics being one of the most essential
routes to increasing clubhead speed. Among the refinements, TSR models feature a new ‘boat
tail’ shape that houses swing weight, moving one more element of drag off the club sole.
Multi-Plateau and Speed Ring Variable Face Thickness (VFT) Technologies: TSR drivers
employ two new VFT constructions, each offering specific performance benefits engineered to
work for different player profiles. The TSR2 and TSR4 feature a multi-plateau VFT face that is
built inward, layer by layer, to create nearly constant CT across the entire hitting surface. This
results in a more forgiving clubface for off-center strikes. The VFT construction of the TSR3 is
found in its Speed Ring face, where Titleist engineers focused on centering the maximum
CT/COR relationship into the sweet spot, helping players who find the middle of the face get
even more speed off the tee.

Player-Tuned Designs: The full TSR line reflects a single-minded focus on the golfer, including
the look, feel and sound of each, which are a result of direct feedback from tour players and
other discerning players.

Aerospace Grade Titanium: Titleist continues to utilize the best-performing materials in the
construction of TSR drivers, including premium aerospace grade titanium, which is employed by
the likes of NASA and feature unique properties in terms of strength, recoil, and durability.
CT tested and maximized: Every TSR driver is precision manufactured to the tightest
tolerances and measured multiple times to ensure performance at the maximum allowable limit.

TSR2: For the player that tends to make contact across the entire face, TSR2 is the
perfect combination of speed and stability, now in a more refined player-preferred shape.

TSR3: A player’s driver with optimal feel that provides speed, distance, and playability
through precision tuning.

TSR4: For players looking to neutralize excess spin, TSR4 is the ultimate low-spin driver,
now with added adjustability.
● The ultimate low-spin driver of which every detail, from sound to feel, is fine-tuned to
meet the standards of high spin players.
● Features a multi-plateau VFT face, like TSR2, so that the entire hitting area is designed
to capture consistent speed and distance.
● Two adjustable weighting options allow players to customize their spin profile: a heavier
weight in the forward setting maximizes spin reduction, while moving the weight to the
back creates more of a “TSR3.5” performance profile.
● 430cc with adjustable swingweight and CG location.
● Mid/low launch, low spin | Standard Length: 45.5”
● Available lofts: RH | 8.0 | 9.0 | 10.0 | LH | 9.0

FEATURED AND PREMIUM SHAFTS: With a fit for every type of player, TSR’s featured and
premium shaft options represent a wide range of performance and swing profiles. Players can
choose from four high performance featured shafts or upgrade to one of three premium Graphite
Design shafts. Titleist offers an industry-leading number of custom shaft choices in addition to
the lineups below:

TOUR VALIDATION:
● Titleist has been the most played driver brand on the PGA TOUR four seasons running.
● Open Championship winner Cameron Smith and runner-up Cam Young, the second-
ranked driver on the PGA TOUR (SG: Off the Tee), each played Titleist TSR3 drivers at
St. Andrews. Said Young: “I’ve loved it. It’s faster … and I feel like especially the toe miss
for me, I haven’t gotten as much curve out of it, which is obviously a good thing. It seems
to be a little bit more consistent on my misses. I’ve put it right in play and it’s been great.”
● Will Zalatoris earned his first PGA TOUR victory at the FedEx St. Jude Championship
with a TSR3 driver in the bag. Said Zalatoris: “The mishits for me were exponentially
better. I was seeing mishits go about seven, eight yards farther. I have a lot of distance,
but bringing it in left-to-right was something that was huge for me.”
● Zalatoris’ win in Memphis marked Win No. 4 for the new Titleist TSR driver models in the
first eight weeks since making their PGA TOUR debut at the Travelers Championship.
● Playing a TSR3 9.0 driver, Joohyung “Tom” Kim captured the Wyndham Championship
for his first career PGA TOUR title at the final event of the regular season. He earned
both his PGA TOUR card and a spot in the FedExCup Playoffs with the victory.
● Kim made the new TSR3 his gamer following a visit to the Titleist Performance Institute,
where he worked with Titleist Tour Rep Dino Antenucci.
● “I had been playing the TSi3 for the longest time and I thought I wasn’t going to change it,
but after trying it at TPI, it was just so good that I had to put it in the bag, and it’s been
working out really well. My percentage in the fairway has gone up and, yeah, it’s a
keeper. Missed hits, solid hits, it just stays in the wind so well for me, that’s what I’ve had
trouble with before and I thought I was going to use the ‘i’ for the rest of the season, but I
put it right in the bag because I gained ball speed, gained swing speed, smash factor
went up and holds it really well into the wind. So it was great.”
● J.T. Poston put his new TSR3 (9.0) driver in play the first week it was available at the
Travelers Championship, finishing T2 in Hartford. The following week, he won the John
Deere Classic. Said Poston: “Can’t say enough about it. It looks, feels, sounds awesome,
and I picked up a little ball speed right away … My accuracy has been up. Even the
mishits are going straight, which is nice, but they’re also getting out there just about as far
as the ones that are hit out of the center.”
● More than 80 players on the PGA TOUR have already made the switch to TSR drivers –
including Justin Thomas, who put a TSR3 driver in play to begin the FedEx Cup
Playoffs. “The biggest difference is the spin,” he told PGATOUR.com: “When I heel it, it
doesn’t spin crazy high and when I toe it, it’s somehow spinning a little more. It’s
unbelievable in terms of misses.”

● At the first three PGA TOUR events TSR was available, the leader in SG: Off the Tee
played a TSR3 (Davis Riley | Travelers Championship; Cameron Davis | John Deere
Classic; Max Homa | Scottish Open).
● Said Riley: “The overall look, the feel is awesome. It’s really good. The mishits are really
good. I’m finding really consistent spin across the face no matter where I’m hitting it, so
that you’re maxing out your carry numbers every time. It’s what you really want to look
for. It’s not how good your good hits are. It’s, ‘How good are your bad hits?’ And just
seeing that consistency across the face is really cool.”
● The No. 1 and No. 4 players in the Women’s Rolex World Rankings (as of 8/15) made
the immediate switch to new TSR3 drivers at the Amundi Evian Championship. Said So
Yeon Ryu, who also put the new TSR3 in play in her first opportunity at Evian, having
gained 2 mph ball speed: “I don’t think you can find this kind of feel with any other
brands. I always like the feel of golf balls staying with the club face a little longer, and
then jumping. For me, that’s the feel I like, and so this is the perfect driver. I can have that
perfect feel.”
● In the days leading up to the Western Amateur many of the game’s top amateurs had the
opportunity to get fit for a TSR driver. A total of 37 players stepped to the first tee with
their new TSR drivers in the bag – including the eventual stroke-play medalist – making
the immediate switch at what is widely considered to be the toughest test in amateur golf.
● AVAILABILITY AND PRICE: Titleist TSR drivers are available in golf shops worldwide
beginning September 23. MAP: $599 | $799 (Premium) 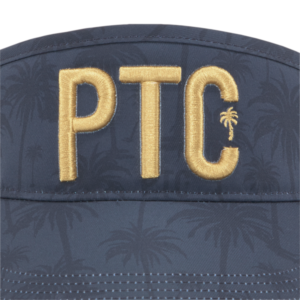 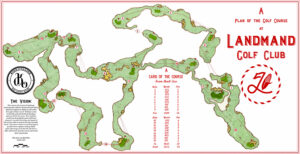