An Epic Coast to Coast “One Dayer”

Story and Images By Jason Bruno

I’ve always been amazed by air travel technology and the ability to be in one place when you wake up, and by early afternoon be transported to another coast or continent with entirely different topography and culture. I’m an east coast lifer but have always been enamored by the vibe and splendor of the terrain on the west coast. I’m simply attracted to beauty, and let’s face it, who isn’t.

Having grown up in the small borough of Staten Island, N.Y it always seemed to me that all anyone would ever need was only a bridge, subway or ferry ride away – that is the New York state of mind. When we moved to South Florida in my freshman year of high school, I was enlightened that an entire world existed outside of the 5 boroughs. Who knew!? On the eve of my fifteenth birthday (1982), while watching the live telecast of the U.S Open final round, I was immediately smitten by the scenery of Pebble Beach. At the time, golf wasn’t on my radar but I filed away the imagery of Central California and knew that both the game and the destination would one day be on my to-do list.

Fast forward four decades, and countless golf travel experiences later, another trip to the Bay Area was about to take place, and just as in years past, I was as excited as always to be traveling to my favorite part of America. This edition in particular included an itinerary with a day of golf at Cypress Point (long been no.1 on my personal bucket list). I know the place well, having been on the property for both agronomy and media assignments – but have yet to put “peg in-ground” on Dr.MacKenzie’s crown jewel in Monterey. As the date for departure approached, the forecast projected the worst stretch of weather all year in central and northern California (Sunday 12/12 thru Wednesday 12/15) – cold and heavy rain with winds over 40 mph. Just 24 hours from heading west, a decision had to be made, and as The Clash song goes, “Should I stay, or should I go?” was in my head.

After discussing the situation, we decided to postpone the day in Monterey (and cancel our scheduled time at Pasatiempo). After checking the weather out there today, we made the right choice to punt. After having waited what seems like forever, what’s another few months?

With the planned itinerary now busted, there was one more part of the puzzle that needed to be solved. It was Thursday evening with a scheduled Saturday flight still on tap that I had yet to cancel. The entire forecast was dreck except for Saturday, and with a non-refundable flight could I just go out there for the day? That would be absurd, ridiculous, and downright foolish for sure, right? As I pondered the thought, I tossed away those other three adjectives and settled on ambitious, yeah that sounds better. Would it be too ambitious to fly out for an afternoon, play golf at my favorite place (California Golf Club of San Francisco), have dinner afterward, and fly straight back to the east coast? When I tossed the idea to Jay Blasi his exact text was, “Are you sure you wanna fly 12 hours, cross 3 time zones, airports, etc for 12- 18 holes at Cal Club in 50 Degree weather?” I thought about it for about 30 minutes, the practical me was starting to factor in all of those elements and make the prudent choice. A sudden impulsive thought of optimism chimed in – the weather was supposed to be good, the golf course is my personal muse and I would have a day in San Francisco with friends. Oh, and perhaps most importantly, I was fortunate enough to have the invite. F%@# it, I’m going!

What could possibly go wrong? If nothing else, I’ll get to see some good friends and it’ll be a unique experience that I won’t soon forget. . .

I left the house for Palm Beach International at 4:30 am for my 6:20 flight. After parking and toting the travel golf bag to the check-in counter in the terminal, it was exactly 5 am. We took off as scheduled, and with a connection in Charlotte, the plan was for my flight to arrive at SFO at 12:53 pm. With any luck, we could be on the tee between 1:30-1:45 pm. However, luck wasn’t to be, a delay out of Charlotte got us off the ground 45 minutes behind schedule, but our fearless pilot made up the difference during the cross-country flight, we were nearly back to being on schedule. After touching ground, we proceeded to sit on the tarmac for 30 minutes waiting to dock, ugh. By this time Blasi had circled the arrivals area at SFO about a dozen times continually getting kicked out of the line by airport commandos. Not to mention my cheeseburger & fries from In N Out Burger (that was losing it’s off-the-grill freshness with every moment that passed) was riding shotgun and waiting to be inhaled by a hungry east coast jabroni. By the time my travel golf bag came out of the oversized luggage area, it was 2:21 pm and with sunset slated for 4:50 pm along the Northern California Coast, my hope for a brisk 3.5 hour 18 hole round was lost. But all was not gloom and doom, a bit of perspective was in order: I just flew 2700 miles in a metal bird in the sky while seated watching TV while moving at 500 mph, arriving safely to see a great friend waiting with a cheesburger and top 50 course in the world on tap. My thought process rebounding – Life is good.

Once we pulled into Cal Club, excitement replaced angst. We would get in whatever amount of golf that the falling sun and the pace of play would allow.

30-year-old Sam Shively, a native of Massachusetts was our gracious host for the day. Sam made a quick decision for us to head to the back nine, and it was as good an audible as any you’ll see called on an NFL Sunday. A crystal clear 55-degree afternoon featuring that sharp San Francisco air and a clear blue sky greeted us as we stepped up to the par 4 tenth tee. The scene, the company, and the vibe immediately sent word that I had made the right choice – practicality be damned, and with the clubhouse behind us and one of the finest inward sides in the foreground, we were off.

The round at Cal Club with Sam and Jay was a glorious blur on the finest playing surfaces we visit, and the dinner afterward with the Blasi tribe was a nice way to socialize with some of my favorite humans. The journey made for a unique and worthy memory. In totality, we traveled nearly 6000 miles and only spent 10 hours in California. I have no memory of the red-eye back east, and when I pulled back into my driveway at 11:45 am on Sunday, it felt like a strange and happy dream. It was an epic “One Dayer” that won’t soon be forgotten.

I’m constantly humbled by the kindness and generosity of colleagues and friends in the golf world. Stating that I’m fortunate is an understatement, quite frankly all of the accounts described are a reflection of so many wonderful humans who have welcomed me into their spaces. Thanks to the Blasi Family, Javier Campos, Sam Shively, and the entire team at the California Golf Club of San Francisco for their friendship and hospitality.

If you remember Barry Sanders, you’re welcome. If you don’t, get educated. 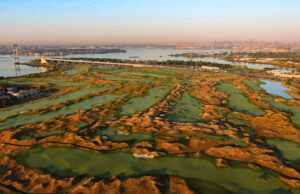 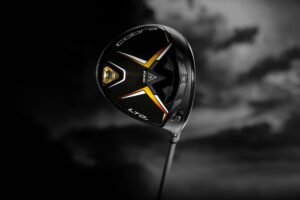 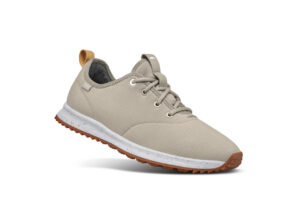