During the past two decades or so, Crenshaw-Coore have designed and constructed what are considered to be some the best courses around the world. I have yet to experience Sand Hills, which is their most celebrated design (located in Nebraska) and is on every raters Top 10 list. It has been my good fortune to experience half a dozen of their designs: Dormie Club (N.C), Pinehurst No.2 – restoration (N.C), Sugarloaf Moutain (FL), Bandon Trails & Preserve (South Coast of Oregon), and the new Streamsong Red (in Fort Meade, FL).

Two Time Masters Champion and Course Designer Ben Crenshaw To the casual golf fan, Ben Crenshaw will always be known as the two time Masters winner & the 1999 Ryder Cup Captain who led the amazing comeback at Brookline, but to golf design aficionados, traveling golfers and industry experts, he will be known just as much for the great design work he has done on landscapes around the globe with partner Bill Coore.

LinksNation: How’s your game? (Ben had just finished his 1st round – shooting 74)

Ben Crenshaw: I do the craziest things, I played O.K. in spots today . . . but I just hit 3 or 4 of the worst shots you ever saw, I hit a couple of wedges fat, stuff like that.

LN: Is the design work keeping you from practicing on your game the way you’d like?

BC: I wish I could blame it on that, but I’ve played enough golf over the years . . . yeah I do work on architecture and think about it a lot, but that’s what I want to do . . . I’ll do that the rest of my life. The golf – I’ve been very fortunate in the game, but the last couple of years I seem to do some strange stuff out on the course, but it’s still fun.

LN: We stood on the 1st tee watching your partner Bill Coore, and Tom Doak hit their ceremonial tee shots during the Grand Opening at Streamsong (on Jan.26), what were your impressions from the day?

BC: The whole Golf community really came together well. Tom’s enthusiasts from Renaissance design . . . it’s nice to see those people again. We had the best time, we’d work and then we had this trailer where we’d have lunch and just throw these ideas around, it was fun.

LN: I had heard that during construction you were staying over in the small town of Mulberry?

BC: Yes we stayed at the Best Western out there. A few times I stayed in Tampa, but that’s a hike.

LN: When you first arrived and were shown the property at Streamsong, what was your first

BC: Bill (Coore) my partner went first, and he said “Ben this place is OUT here, but it looks very interesting. Then I came down a couple of weeks later and I thought this could be something. It’s very unique and I can’t say enough about Rich Mack’s courage to convince their board . . . it’s obviously their property and have mined it forever. Rich is a big Golf enthusiast from Minnesota . . . our hat’s are off to him.

LN: I was at Streamsong last May for a site visit with Tom Sunnarborg, and when we stopped by the tee on the Biarritz, my jaw dropped.

BC: Bill and I always liked that green site . . .  we thought, what are we gonna do here? I came up with that idea and Bill said I really think we oughta do it. It seems to fit, certainly it’s an exciting hole and we hope that people have fun with it and I think it works there. There is no question, we tried to climb into Seth Raynor’s mind there, because it seemed like all across the landscape – that all of his replica holes fit . . . so we thought what the heck, we’re gonna try it. It’s an ode to him.

LN: I know you’re a big fan of Raynor’s work, there is an amazing “Biarritz” at Mountain Lake, have you ever been there ?

BC: I HAVE NOT! Can you believe all of the times I’ve been to Central Florida, I haven’t gotten there! I have been invited there by a member. I believe Mike Keiser (owner of Bandon Dunes and Cabot Links) just stayed there. All I’ve ever heard is, that you have to see it.

Ben Crenshaw hits the opening tee shot at Streamsong Resort on January 26th, 2013 while Bill Coore and media from around the globe look on.

LN: Some of my favorite course designs are the ones that get very little publicity, especially places like Dormie Club and Bandon Trails, which I think is sooo underrated . . . your thoughts.

BC: Trails has a lot of different looks, the sand and vegetation are beautiful which were alot of fun to work with. The different looks yielded some really good situations, it has a little different atmosphere because it is a little more inland (than Pacific, Bandon and Old MacDonald) . . . it has the feeling that it is sheltered a bit, which is ok .

LN: Sugarloaf Mountain, another of your brilliant works, (has fallen on hard times and temporarily has closed), is there a word on that situation ?

LN: Switching gears, Ryder Cup. I know what was said publicly, but when you finally head back to your room that Saturday night . . .  what was said between you and Julie (Ben’s wife)?

BC: Julie is a competitor, all the wives are too. We came away frustrated that day, we saw a lot of good golf that day and a lot of good putts that just missed by a whisker. I knew that they were on edge to burst out if they got a run going. Obviously, the key was how we started on Sunday, without that it wasn’t going to happen. We got some momentum and isn’t it ironic that – that is what happened in Chicago. I wrote a letter to Jose Maria Olazabal and I was so happy for him, he really inspired his team. It is extremely ironic since he was on the other side of Justin Leonard’s putt (in ’99), he is such a wonderful guy.

LN: Can you reflect on Payne Stewart and what it meant for him to be on that team ?

BC: He was the spirit of that team, everybody knew his personality . . . he fit in like a mosaic with the rest of the team. You had Tom Lehman who was solid, and Hal Sutton was playing the best golf of his life.

Tiger, Phil, Mark O’meara and all of those guys, but Payne really was the vocal spirit . . . it meant so much to him to be on that team. Obviously winning at Pinehurst gave him plenty of points to get on that team. It was tragic that we lost him just a month after that great time that we had together. He had one of the most beautiful swings you
ever saw, graceful, fundamentally proper and his personality allowed him to wear those clothes and he wore them very well. That was him . . . we miss him dearly, we really do.

LN: Tom Watson is getting another shot at the Ryder Cup in 2014, any chance if asked that you might be interested in giving it another shot?

BC: The last one took years off of my life! No, I probably wouldn’t, I could never have a better memory than in
Brookline . . . it can’t get any better than that.

LN: 2013, How much are you going to play, what Design work is on the horizon?

BC: I may play a dozen tournaments, maybe. Design wise we have a couple of things to chase after. There is a Dallas project, and we are doing a few things at Maidstone, some bunker work. They have some gorgeous sandy ground and some outlines and pits that were there, so we will be bringing them out. Also some things down the road at Shinnecock. It should be a fun year.

Graveyard golf! The 15th hole on the Donald Ross Course at French Lick runs along a cemetery. What are some other graveyard golf courses? @VisitBtown

Trim to the left trim to the right either way trimming is life!
#golf #golfcourse #construction #bunker 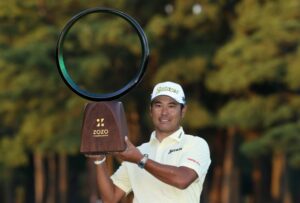 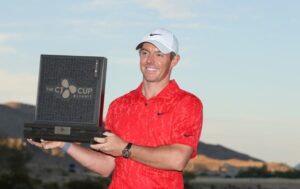