Streamsong Continues its Ascent as a Golf Mecca

Just over a year after the official opening of Streamsong Resort’s third layout – Gil Hanse’s Black Course, we returned to the resort to check out the scene at the only destination on earth that can lay claim to a portfolio of linksy landscapes crafted by the design teams of Tom Doak, Coore Crenshaw and Hanse (with Jim Wagner).

By now you probably already know the story, but for us it began back in May of 2012 when we toured the Red & Blue courses with original Project Manager Tom Sunnarborg during the turf grow-in period (8 months before the official opening), it was obvious that Streamsong was already well beyond extraordinary long before a round had ever been played. It’s been nearly six years since we watched Coore, Crenshaw, Doak (and the man with the vision behind it all) Mosaic’s Rich Mack hit the ceremonial opening tee shots. Sandscapes draped with enormous dunes left to evolve in nature after phosphate mining was completed several decades ago – discarded by one industry only to become a masterpiece in another. All themed in width and angles on the firmest Bermuda turf you could imagine. For any avid linkster either living in or traveling to the Sunshine State, it was and still is hard to fathom this was even a possibility in Central Florida, and perhaps the best part – Rich Mack made sure that it was accessible to everyone who could make the trek to this remote location in Polk County.

After the initial opening of those 36 holes and the resort’s lodge, Streamsong could have rested on the accolades (both Red & Blue courses reaching Top 100 ranking status), but they didn’t. Mack’s vision moved forward another notch, hiring Hanse to design the Black Course, which was largely a flat parcel that lacked the built-in features given to Doak and Coore/Crenshaw previously. What came out of the process was a big and bold layout with some Aussie sandbelt traits, a two-acre putting course called “The Gauntlet” and 7 hole par 3 gem dubbed the “The Roundabout”. It’s an obsessed golfer’s dream hangout, an anything-goes practice spot that can be played from different tees to a variety of hole locations. Easily one of our new personal favorite vibes in golf.

As pure as it gets, this par 3 playground allows and encourages play from any teeing ground to the target you desire. We could have spent an entire day on Gil Hanse’s eclectic 1,688 yard 7 hole beauty. The fourth hole pictured above is the longest of the lot playing 160 yds over a gully that fronts the green.

For those who have yet to visit the resort, allow for some links creativity in your game. Although not a true links entity based on its inland location, the 3 routings provide plenty of proper “ground game” options. High spinning lob wedge shots around these green complexes are often the toughest to pull off, especially when a flatstick can be used from nearly anywhere within 50 yards. The likelihood of losing a golf ball is slim due to very generous fairway widths throughout. Playability and options keep all players in the game while rewarding those with the skillset to pull off shots that reward a better angle of approach. Firm and fast is the theme here, tight lies are the norm, and although each layout at the resort has evolved from the same minimalist ethos, that’s where the similarities end. Each differs in how it challenges you to score.

The Blue is a bombers paradise, but inside 100 yards and on the par 3’s it’s a completely different story. Extreme bunkering that guards many tucked pin locations requires a deft combination of pinpoint accuracy and creativity on Doak’s large confounding surfaces. This combined with tight Bermuda lies in greenside swales makes saving par the exam equivalent of trying to destroy a horcrux. For those who are genuine links enthusiasts or who want to express their inner “Seve”, the Blue is likely your flavor of choice.

The Red has been called by many as their favorite routing at the resort, and with good reason. Bill Coore and Ben Crenshaw created a superb blend of visual stimuli from each tee box, all while challenging the ball striker in you at the same time. The green surrounds require a fair bit of imagination, but without torturing your scorecard. If you strike it relatively well, you will have chances to score all day on the Red. Holes 15 thru 18 are without a doubt the best closing stretch at Streamsong. After numerous trips around each over the last half dozen years, the Red has emerged as my personal choice.

Gil Hanse and Jim Wagner’s Black Course is every bit as unique as the first two designs at the resort, perhaps even more so. The vibe at the Black Course complex (which is located just a brief 2-minute ride from the lodge) is one of the great scenes in American resort golf. The streamlined horizontal clubhouse framed in black is home to the Pro Shop & Bone Valley Tavern. The “Gauntlet” (a two acre-putting course), along with the “Roundabout” and driving range are all also part of the expansive Black Course compound.

As for the course design, it very well may be the best and most memorable at the resort. Similar to Blue in that each challenge comes as you get closer to your target, the green surrounds and putting surfaces on the Black are all one height of cut (meaning the greens will appear and play larger than anything you’ve probably ever previously seen or experienced. After our second spin on the Black, I understand what many have expressed to me regarding their frustration with the scale and severity of the undulations on the greens. Colleague Ryan Adams (PGA Magazine) and I agreed that the Hanse team may need to come back and modify a half dozen or so greens (for example the magnificent uphill par 3 – 5th has very few truly playable pin locations, and the par 4 – 13th (that has two greens), needs its left green to be completely redesigned, It’s too severe for its own good. The finishing 18th is a masterful hole design, but the green is just too shallow to hold even a high soft approach with a long iron or hybrid. However, designs like the short uphill par 4 – 2nd and the “Punchbowl” 9th are priceless gems that make the Black an absolute must-play. With a few needed tweaks the Black can be even better and more playable. Be sure when you walk off of the Punchbowl to stop by the “Tin Can” and order the lobster & shrimp roll, you can thank me later.

*My outside the box suggestion on how to get the most enjoyment when playing the Black Course – play your round with friends in a match play, best-ball or skins game format. If you’re going to play in traditional grind-it-out stroke play, just be prepared to have more 3 (and 4) putts than you may have ever experienced.

The lodging accommodations and resort cuisine at Fifty-Nine, P205 and Bone Valley Tavern were spot on as always. Director of Golf Scott Wilson and his staff continue to provide a truly superb golf experience. Whichever layout you favor, it’s a given that you’ll leave the resort knowing that you just experienced one the world’s true golf meccas. We can’t wait to see what Rich Mack and the folks at Streamsong have in store for the next chapter . . .

Ready to Hit More Good Shots? Breakthrough Golf has forever changed the way golfers look at putting when the Stability Shafts were introduced. They revolutionized

Although diminutive in size, we believe The Chain, when combined with the anything-but-diminutive Bucket putting course, has the potential to complement, perhaps even enhance, Streamsong’s

Brookline, Mass (USGA Report) – The 27-year-old Englishman who triumphed nine years ago at this iconic venue when he claimed the U.S. Amateur, became just

The @CBSolstice roars on this evening, thanks to Michael Lynch and his team's tireless efforts. Put this on your list, a worthy event to experience @ChambersBayGolf ... benefiting a good cause - @firstteeseattle.

Rockin the vintage "JLew edition" uni tonite at the sponsors event @ChambersBayGolf on the eve of the solstice marathon tomorrow (in honor of @theturfyoda).

... @altshot2 - whats the under/over on how many VIP's recognize the "Sunday Spieth" jersey?

Ready to Hit More Good Shots? Breakthrough Golf has forever changed the way golfers look at putting when the Stability Shafts were introduced. They revolutionized 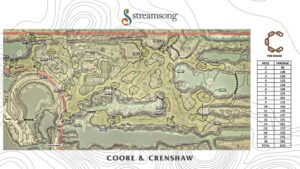 Although diminutive in size, we believe The Chain, when combined with the anything-but-diminutive Bucket putting course, has the potential to complement, perhaps even enhance, Streamsong’s 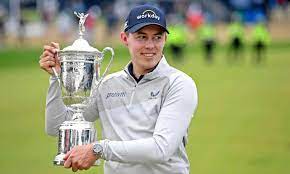 Brookline, Mass (USGA Report) – The 27-year-old Englishman who triumphed nine years ago at this iconic venue when he claimed the U.S. Amateur, became just